To determine if the female partner has problems concerning ovulation, egg transport, fertilization or implantation, various tests may be administered based on the physician's examination and analysis.

Performed seven to nine days after ovulation to reveal the thickness of the uterine lining (the endometrium) and its response to hormonal stimulation.

Transvaginal ultrasound is primarily a test performed to determine the state of reproductive organs of a female such as her uterus, ovaries and cervix. The term transvaginal refers to evaluation of complete vagina. The ultrasound probe is kept inside the vagina that permits a close and clear observation of the pelvic organ and an evident ultrasound images are captured. With this a doctor can discuss about the more evaluation and treatment required for you. The main purpose of the test is to determine the female uterus problems and their possible treatment.

The sonographer reports doctor about the scan and scan is taken again if required. For the convenience of patient, male or female sonographers are arranged. The time taken to provide a test report depends on the various factors such as urgent need of results, complexity involved while test, if more information is needed by a doctor, if you had X-rays or other imaging diagnosis in past etc. Your doctor will explain the meaning results that stand for you.

Your bladder should be empty and you are asked to take your clothes off from waist and you may need to wear a gown. Then lie on a test couch, normally a sheet is offered to cover you then after bending your legs, a transducer is kept inside your vagina that is normally bigger than a tampon and particularly shaped to fit in your organ. Images are taken by moving transducer softly. The specialist takes ultrasound of uterus and ovaries, overall complete vagina.

The probe releases sound waves which are reflected by body structures which are then received by computer to create an image. In few cases, a special transvaginal ultrasound technique is utilized known as saline infusion sonography if more clear view of the uterus is required such as fibroid in uterus cavity is observed.

An ultrasound test is conducted by a trained specialist. The images taken are the real time view of your pelvic area. The test is completely pain-free, however some females feel exert of the probe of ulrasonography tvs that is only inserted by a small level in the vaginal part. The test is usually painless, although some women may have mild discomfort from the pressure of the probe. Only a small part of the probe is placed into the vagina. The sonographer or doctor can observe the images on a monitor to discuss the occurring problems in your lower part and treatment.

Luteinizing hormone and follicle stimulating hormone are checked for hypothalamic pituitary dysfunction. Prolactin (a hormone that stimulates breast milk production) levels are done to see if an excessive amount has caused hyperprolactinemia, a condition that interferes with ovulation. Progesterone levels are performed to determine if inadequate levels are interfering with the development of the endometrium, the lining of the uterus that prepares embryo implantation. TSH is checked as a measure for normal thyroid function.

Performed at the time of ovulation to see if the quality and consistency of the cervical mucus is adequate for normal sperm function and survival. Cervical mucus permits passage of sperm to the uterus and fallopian tubes and changes in volume and quality at ovulation.

Postcoital testing - assesses the quality and quantity of cervical mucus and the number and motility of the sperm in the mucus at the time of ovulation and after sexual intercourse has occurred.

Devised for the treatment of cornual occlusion, a tiny wire is placed through the cervix and uterus and into the tube. The wire gently opens the tube and may relieve an obstruction in this area. Tubal cannulation can be performed in the X-Ray department under fluoroscopy or via a hysteroscope. A physician who is experienced in the techniques is essential.

The connection between the uterus and fallopian tube is a fragile area that can become blocked. This is referred to as cornual occlusion or proximal tubal occlusion. Most blockages are actually contractions of the uterine muscle and are not true blockages. The diagnostic test to detect this can irritate the uterus and cause the uterine musculature to contract. This is a temporary condition that has no effect on fertility. Other blockages reflect true problems in this portion of the tube, which can result from infection or inflammation, fibroids or polyps, or use of an IUD. A common example is a condition known as Salpingitis Isthmica Nodosum (SIN), in which the tube becomes inflamed and nodules develop in the glands that line this portion of the tube. 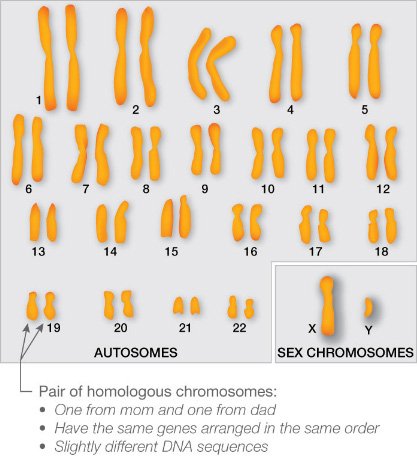 A diagnostic laparoscopy is a procedure in which the doctor uses a laparoscope to look at the organs and tissues in your abdomen.

Surgery is sometimes required to treat conditions associated with infertility, such as

Often done in conjunction with a laparoscopy to examine visually the interior of the uterine cavity for scar tissue, adhesions, polyps, tumors, and other abnormalities and to eliminate endometriosis.

Opportunities for conception are significantly increased by timed intercourse to ovulation. This is determined through hormonal and ultrasound monitoring. Patients with ovulatory dysfunction are treated with fertility medications.

About 15% of couples suffer from infertility, defined as the inability to conceive through unprotected intercourse for one year. Evaluation of the infertile male, which includes a history and physical examination and at least two semen analyses, is recommended at the time of presentation – despite less than one year of unprotected intercourse – in the case of advanced female age (greater than 35 years), presence of known male infertility risk factors (such as an undescended testicle) or if a man questions his fertility potential.

Approximately 20-30% of infertility is caused exclusively by a male factor, and another 30-40% is the result of both male and female factors.2 Therefore, at least 50% of the time, a male factor contributes to the couple’s infertility. Based on this, as well as significant medical conditions and genetic abnormalities that have been shown to be diagnosed during infertility.

In cases where the semen analysis is normal, treatment will focus on the work-up of the female partner only. According to WHO a normal semen an ale problems e.g. Hosalysis includes.

An abnormal sperm analysis is repeated first for verification. Typically, the male partner is referred to a urologist for evaluation. If the urologic evaluation is normal, results of the sperm count determine further treatment. For example, a motile sperm in excess of 0.5 - 10 million would make intrauterine insemination an option. If the number is less than a 1 million, ICSI would be a better course of treatment.

Oral Medications for Premature Ejaculation:
While the FDA has not yet approved any medications for the treatment of premature ejaculation, anti-depressants are, in some cases, helpful for this condition. New oral medications are currently under investigation.

Men with hypogonadism have low levels of testosterone (low T) and accompanying symptoms, which may include a decrease in sexual desire, erectile dysfunction, reduced muscle mass and strength, a reduction in bone density, changes in mood, and/or an increase in fat mass. If hypogonadism occurs in aging men, it is called late onset symptomatic hypogonadism or andropause. Hypogonadism can occur in younger men who have a testicular disorder (primary hypogonadism) or a disorder of the neuroendocrine system (secondary hypogonadism). These disorders can develop as a result of disease, heroin and cocaine abuse, or other factors.

Fill in the form below: